5 Significant Benefits of the Keto Diet

5 Significant Benefits of the Keto Diet

What does it mean to go keto?

The goal is to lower insulin levels, blood sugar, and ultimately shift the focus of your metabolism from carbs to fats and ketones.

Let’s break down some of the specific benefits of switching to a keto diet.

Weight loss and diets tend to go hand-in-hand, whether we want them to or not.

The keto diet, like so many others, can be worked into your weight loss journey.

As far as diets go, this one can feel rather restrictive because it’s pretty specific about the foods you can eat.

However, in one way, it may be less disruptive than many other diets in that it doesn’t require any calorie counting or intake tracking.

It cares more about the ratios of what you eat than the overall quantity.

Keto is an effective weight-loss diet in part because it keeps you full and satisfied, but also because it improves insulin sensitivity, increases ketones, and lowers blood sugar levels.

Studies have shown that people who follow a keto diet lose up to three times more weight than those following a low-fat diet. Keto’s emphasis on eating more protein also comes with a slew of health boosts, weight loss included.

Boost health for diabetics and prediabetics:

When it comes to type 2 diabetes, or prediabetes, the fat loss effects of going keto are a notable benefit.

In various studies on the connection between keto and diabetes, it was found that the diet significantly improved insulin sensitivity and, in some cases, participants of the study were able to forgo their diabetes medication by switching to a keto diet plan.

There are actually a few different keto diets, but the classic “long-chain triglyceride diet” can be particularly beneficial to those with epilepsy.

According to the Epilepsy Foundation (EF), following a classic keto diet, which calls for 3g of fat for every 1g of protein and carbohydrates, can be an effective method of reducing seizures, specifically in children diagnosed with epilepsy that have not responded to other prescribed medications.

While doctors usually prescribe the classic keto diet to children, the EF says that’s largely because adults often find the diet too restrictive and therefore difficult to follow.

However, they also report that more than half of children who switch to classic keto see at least a 50% drop in the number of their seizures, and some even stop having seizures altogether.

While there isn’t yet a scientifically-proven connection between low-carb diets and a reduction of acne, the anectodical and logical evidence is pretty compelling.

Many people who have switched to a keto diet report a significant improvement in the clarity of their skin, and if you take a logical look at it, it makes sense.

By reducing insulin, you reduce the production of sebum and androgens, both of which can lead to acne breakouts.

The keto diet has been linked to prevention and slowed progression of a number of health conditions.

These include, but are not limited to, Alzheimer’s, various types of cancer, heart disease, and Parkinson’s. 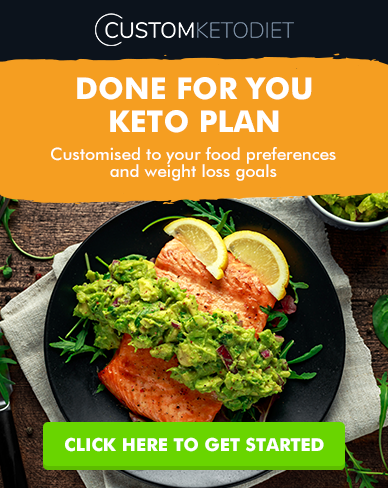